Do NOT grill and play!

I normally read signages that says, Do Not Text and Drive.  I just learned a lesson today.

I was playing Slotomanina, an online slotmachine game in Facebook.  I already have more than $400,000!!!  Hahahaha .... If only I can convert that to real cash.  While playing I was also grilling my Magnolia Chicken Inasal for lunch!

Then suddenly, my house was filled with smoke! When I looked at the griller in my garage, it was on fire!!!!! 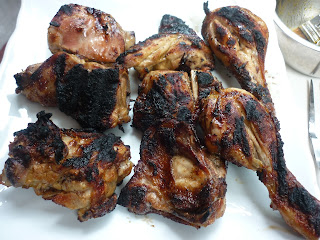 I had to remove the skin.  The Chicken Inasal was so perfect with my dipping sauce: soy sauce, chili, kalamansi and the tuba from the province of Yaya Hermie!

I do not understand why I was so hungry.  I asked Hermie for another half cup of rice!  She also prepared sauteed squash and she used the chicken broth of the Hainanese.  Good idea! 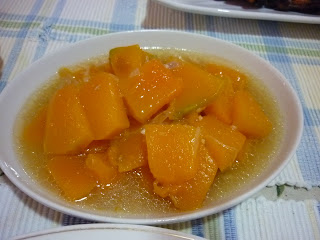