I'm in love! And it was love at first sight.

I met this beautiful black/gray dog last November, just a few days after the typhoon. We named her, Yolanda.

The first time I saw her, she was just lying down near the Bel-Air gate inside the village. 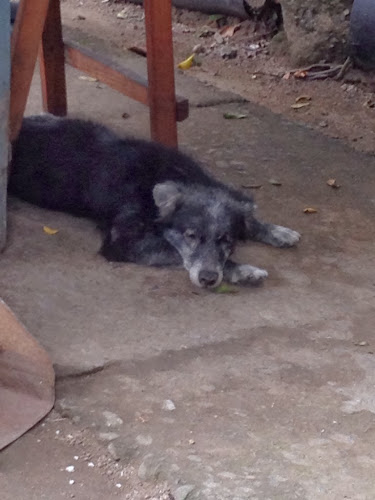 I called out to her and said, "Hello there!"

She stood up and took two steps towards me. 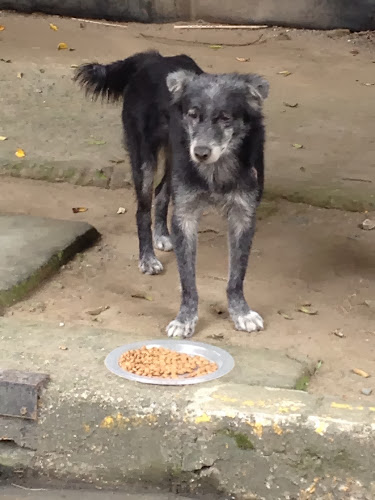 She took another couple of steps towards me.

Since then I was hooked! I wanted to adopt her immediately! 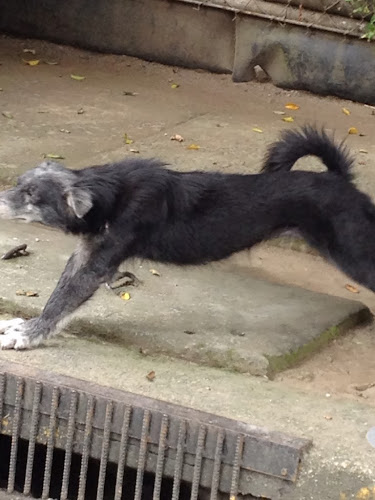 I could not take her home because Hermie has to give her approval first since she will be the caregiver. I worked on her for days and finally she agreed! But I had to leave for Bangkok. I just gave her instructions if the dog follows her home, to let the dog inside our property.

When I got home I was surprised the dog was not yet in my yard. Hermie listened to the "gossip" of the side car drivers outside the village. According to them, the dog is violent because it bit the child of its owner. According to the "grapevine", the child approached the dog while it was eating and was attacked. The dog was hacked by an axe and boiling water was poured on it by the owner!

See that white scar on its side? That is the scar from the boiling water incident. 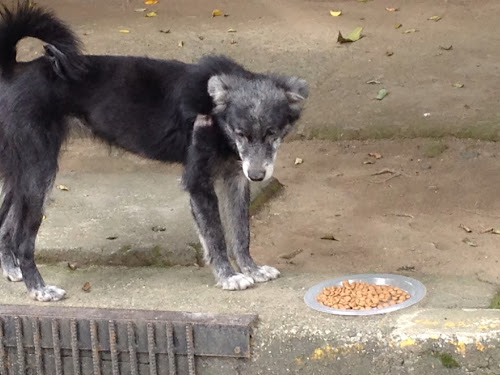 I then asked the help of Tracy Tuason, a board member of CARA (Compassion and Responsibility For Animals). I told her I want to adopt a dog but I do not know if I should or not because I was afraid. I needed her assessment and recommendation because I was already emotionally involved.

We were about to catch the dog this afternoon when the gate opened at 3. I was looking for her and asked the Rockwell guards where she was, they said the City Pound caught it already!

I screamed in frustration and asked Tracy to help me get that dog!

She accompanied me to the City Pound and I saw, Yolanda! 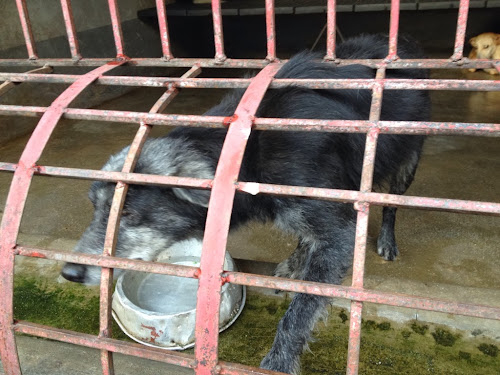 She was so afraid and was trembling! I immediately talked to her and said,

I'm here to take you home!

Please come home with me!

I had to coax Yolanda for a long time for her to get out of the "holding cell" and little by little she inched her way out!

I was talking to her the whole time! Ha hahahaha In my high-pitched irritating grating voice!

And then she was free! 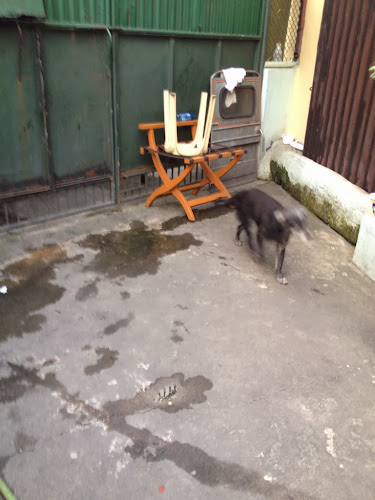 She was running around the city pound! 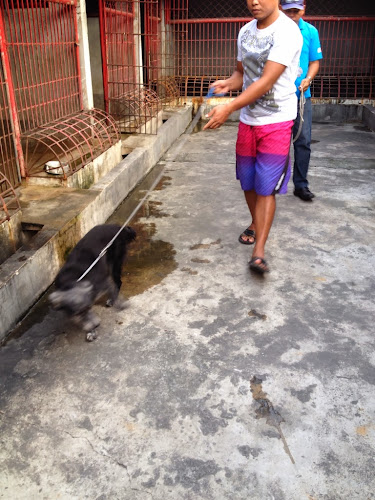 A lot of people were asking me why did I do such a crazy thing?! That it was so dangerous to bring home a stray with a violent history.

The dog was violent because she was abused!!!

From the first moment I laid eyes on her, I knew I have been given a gift from God.

I felt it in my heart and I could not let her out of my mind to the point that I have been having dreams about her!

I had to get her out of the city pound because if I did not, she will be put to death after 3 days!!!! I cannot in good conscience let that abused creature of God die!

Hermie and I will do our best to make a home for Yolanda. Wish us luck and we need your prayers!

I would like to thank Tracy Tuason and Rainbow Hackett for opening my eyes and heart and for making me aware that there is a new breed of dog called, Rescue.

I had to hide Wriggly in my room when we let Yolanda inside my house to get to the service area. He was barking the whole time I was out for dinner. Hermie said, Yolanda did not even make a sound and would respond to her whenever she called out, YOLANDA!

Posted with Blogsy
Posted by Lia's Food Journey at 1:07 AM